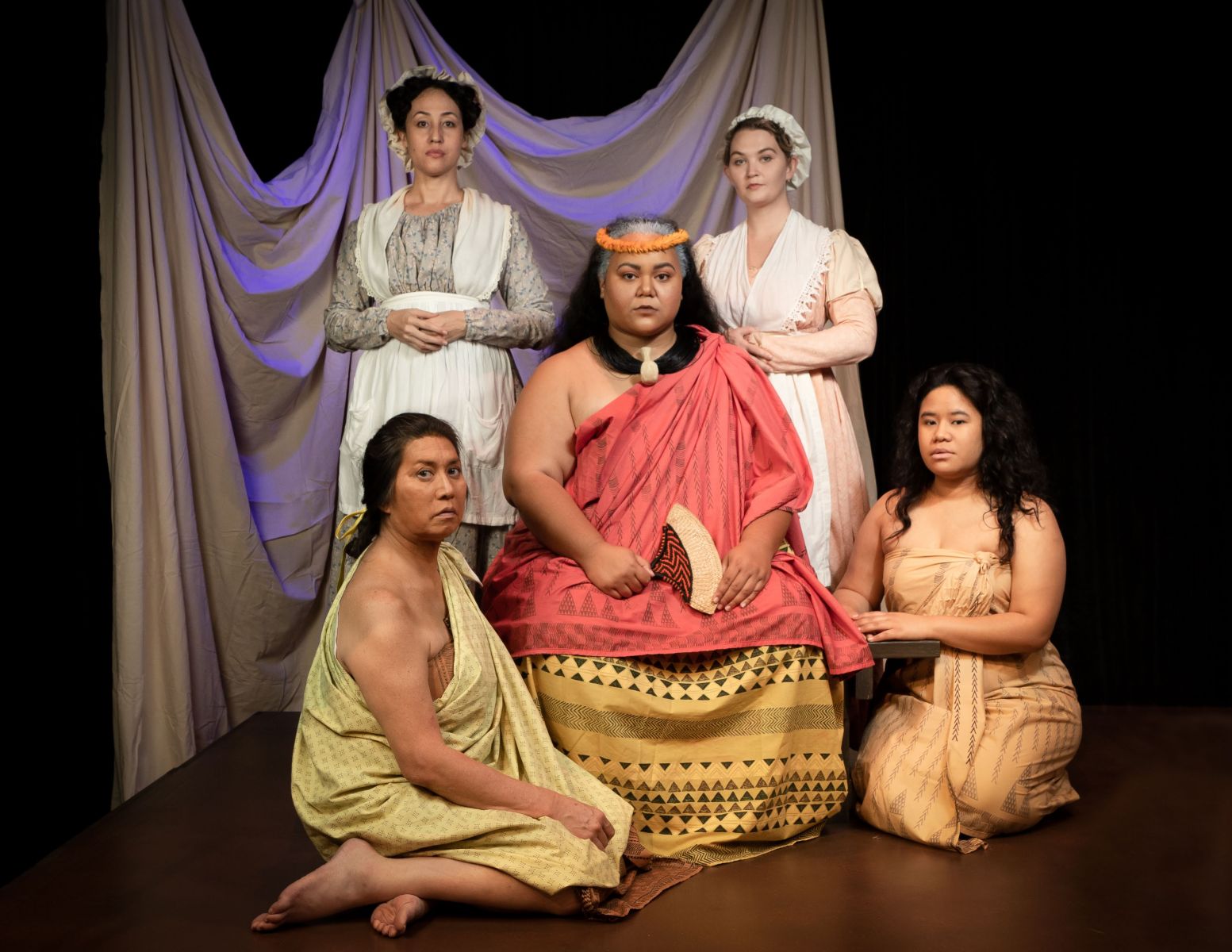 Kumu Kahua Theatre presents this work, written by Victoria Nalani Kneubuhl, a playwright of Hawaiian and Samoan descent. The historical drama focuses on the lives of three Hawaiian women and two missionary women as they experience personal and cultural changes in response to Western contact in Hawai‘i.


When Lucy Thurston and Sybil Bingham arrive on the shores of O‘ahu in 1820, a year after Queen Ka‘ahumanu overthrew the traditional Kapu system in ancient Hawai‘i, they immediately attempt their missionary task.


Queen Ka‘ahumanu, however, is more interested in their dresses than a new god and has no desire for new religion. Sybil and Lucy persevere, and so begins the slow, gradual process of Ka'ahumanu’s conversion.

This complex historical drama explores different perspectives on Hawai‘i’s official adoption of Christianity — from the caste system to notions of monogamy.

Based in Honolulu, Kumu Kahua Theatre's mission is to nurture local theatre artists, produce plays by local writers, and develop an audience sensitive to theatre dealing specifically and truthfully with local subject matter. Under managing director Donna Blanchard and artistic director Harry Wong III, Kumu Kahua Theatre is the only theatre solely devoted to producing full seasons of theatre specific of place in the islands. Kumu Kahua has been staging Hawai‘i-themed projects by island writers since the early 1970s, at the outset of the Hawaiian cultural renaissance. Maui Arts & Cultural Center has become the presenter of Kumu Kahua on Maui.

10% discount for MACC Members and half-price kids under 12
ADVANCE TICKET SALES ARE ONLINE ONLY
The MACC Box Office is not open for window sales. Box Office hours for email and phone inquiries (808-242-SHOW) are Tuesday - Friday, 10:00 am to 4:00 pm.
STUDENT TICKETS:
$16 UHMC student tickets (with current ID) are available for purchase (1 per ID) by phone with the MACC Box Office during operating hours noted above.  ID will need to be presented at the Box Office when picking up tickets prior to the performance.
GROUP TICKETS:
A 10% discount is available for purchases of 10 or more tickets. Must be purchased together to get the discount.  Contact the MACC Box Office by phone (808-242-7469 Tu-F, 10am-4pm) for group ticket purchases.
COVID-RELATED POLICY FOR THIS SHOW:  Ticket holders are not required to show proof of vaccination (effective 3/1/22) or photo ID to enter the venue.  Masks required at all times.
For the MACC's current COVID-related policies, CLICK HERE.  Policy changes will be made based on state and county requirements in place on the date of the show.