To prioritize the health and safety of everyone, Daryl Hall & John Oates are rescheduling their shows in Honolulu and Kahului.
The show that was to take place Sunday, March 29 at Maui Arts & Cultural Center has been rescheduled to Wednesday, October 21, 2020.
All purchased tickets will be honored on the new dates.


If you are unable to attend on the new date, refunds will be made by the MACC Box Office. Those with tickets in hand need to return them to the Box Office with the original credit card used. For tickets at Will Call, you may call the Box Office to process a refund. For ticket refunds, we ask for your patience and understanding as it may take some time for our Box Office to complete the process given the volume of impacted shows.

Mahalo for your kokua.
We look forward to welcoming you back to the MACC in October for a memorable concert with Daryl Hall & John Oates.

The MACC welcomes Rock and Roll Hall of Famers and the #1 SELLING DUO in music history: Daryl Hall and John Oates  — with special guest, Henry Kapono
Starting out as devoted disciples of earlier soul greats, Daryl Hall and John Oates are soul survivors in their own right. From the mid-’70s to the mid-’80s, the duo would score six #1 singles, including “Rich Girl” (also #1 R&B), “Kiss on My List,” “Private Eyes,” “I Can’t Go For That (No Can Do) (also #1 R&B), “Maneater,” and “Out of Touch” from their six consecutive multi-platinum albums: ’76’s Bigger Than Both of Us, ’80’s Voices, ’81’s Private Eyes, ‘82’s H2O, ‘83’s Rock N Soul, Part I, and ‘84’s Big Bam Boom. The era would also produce an additional five Top 10 singles, “Sara Smile,” “One on One,” “You Make My Dreams,” “Say It Isn’t So,” and “Method of Modern Love.”
Daryl also wrote the H&O single "Everytime You Go Away," which singer Paul Young covered and which subsequently scored a #1 hit in 1985. That same year, Daryl and John participated in the historic “We Are the World” session as well as closing the Live Aid show in Philadelphia.
By 1987, the R.I.A.A. recognized Daryl Hall and John Oates as the #1 SELLING DUO in music history — a record they still hold today.

*Gold Circle seats include premium seating and exclusive access to the Yokouchi Pavilion bars and restrooms.

CLICK HERE to purchase tickets for the October 21 show.

PARKING: Premium parking in the MACC lot is available for advance purchase via the MACC Box Office or CLICK HERE to purchase online. 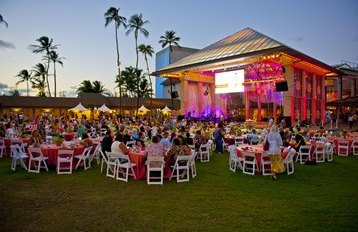